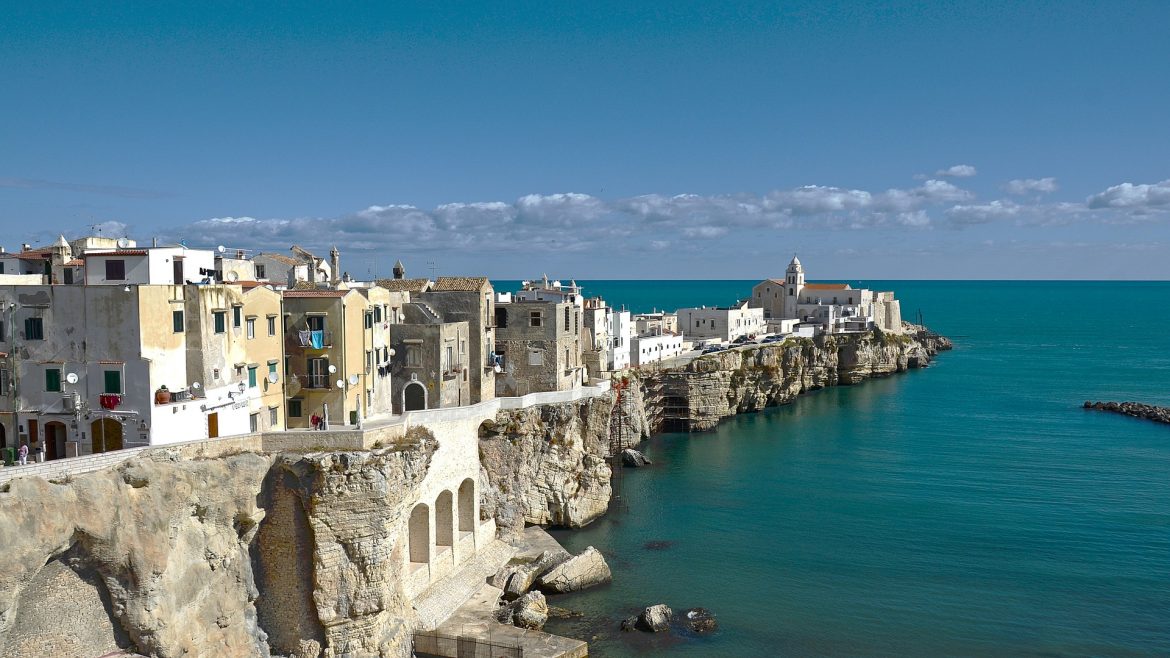 Puglia is the southern region that forms the ‘heel’ of the famous boot with which Italy is identified on the globe and is a quality golf destination.
Bathed by the Adriatic Sea and the Ionian Sea, Puglia has 800 km of coastline where sheer cliffs alternate with colorful seabeds and golden beaches that slope down into crystal clear waters.

Strategically located in an area of ​​the Mediterranean that has historically been a bridge between Western and Eastern cultures, with many influences from Ancient Greece, Puglia is a treasure trove of art, history, nature and also unique food and wine delicacies, very linked to the territory. The production of local olive oil enriches the menus of the most famous restaurants in the world.

In the hinterland, vast plains and gentle hills form an uncontaminated kingdom where olive trees and vineyards alternate with lush woods and surprising Mediterranean canyons.

Sun, sea, beaches, centuries-old olive trees, fascinating cities such as the regional capital Bari, enchanting tourist resorts such as Gallipoli and many others scattered up to the southernmost area of ​​Salento, also famous for its wines … This is why Puglia is a favorite destination for Italian tourists and increasingly also for those from abroad.

Among the most popular cities there is certainly Lecce, a real open-air museum, full of monuments and works of art from the Roman, medieval and Renaissance periods.

In the province of Bari there is Alberobello, a place where it is absolutely worth stopping because in this village you can breathe a timeless atmosphere: the houses are made up of the characteristic and very white ‘trulli’ in limestone, declared a World Heritage Site. humanity by Unesco. The visitor is faced with a palette of colors with the white of the walls and the gray of the roofs that stand out against the blue sky.

THE GOLF CLUB IN PUGLIA

From a golfing point of view, Puglia is certainly the most developed region of Southern Italy thanks to its courses designed by the best design studios around the world.

Golf enthusiasts can choose between different structures that combine environmental beauty and technically perfect and harmonious spaces, so as to be able to host competitions of international importance.

Choose where to play and book with a click in total autonomy the tourist package selected for you by World of Golf Travel.

You can customize your trip by indicating your preferences!

The Golf Clubs of the region